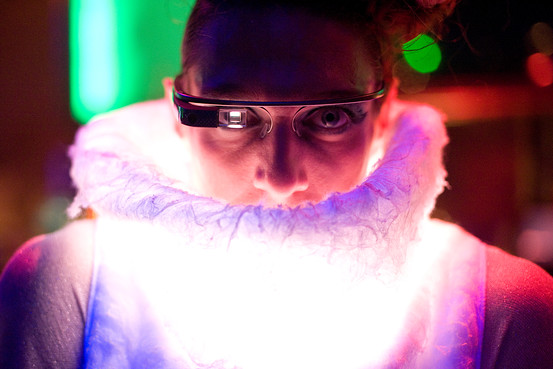 Google’s Glass is losing support among some developers who are focusing on devices such as smartwatches that they hope will be more socially acceptable than the controversial Internet-connected eyewear.

Twitter TWTR +1.03% stopped developing its Glass app about a month ago in favor of an app for Android Wear, Google’s operating system for smartwatches and other wearable devices, according to a person familiar with the social-media company.

Adriana Vecchioli created the Find.it app for Glass to mark the location of objects by taking pictures with the device. Vecchioli said she cut the time she spends on the project because many people have resisted wearing the device or responded negatively to others wearing it. Glass users can snap photos or record video unobtrusively, raising privacy concerns.

“Wearing a piece of technology on your face was an obstacle,” Vecchioli said. She said she hopes future versions of Glass “will be more discreet.”

The defections by developers raise questions about the future of Glass, unveiled by Google co-founder Sergey Brin in 2012. Google has been selling the device for $1,500, mostly to developers and other early technology adopters.

Brin had said Google planned a broader consumer launch in 2014, but that has slipped into next year.

Reuters reported earlier on Friday that nine of 16 Glass developers it contacted had stopped working on their apps.

“This isn’t something that’s going to catch fire with consumers. It’s niche because of its high price, the lack of social acceptance and questionable aesthetics,” said John Jackson, a mobile-technology analyst at research firm IDC. “You look like a nerd when you wear it.”

Developers were initially attracted to Glass as a new technology platform that could potentially rival smartphones. When consumers failed to embrace the device, developers backed off, Jackson said.

“Developers like cutting edge stuff but ultimately they’re slaves to volume, in terms of the number of devices being used,” he said.

A Google spokeswoman said Google is “energized by the opportunity that wearables and Glass in particular represent.”

Sterling Udell attended a conference for Glass developers near San Francisco in late October. He left thinking that others think Glass in its current form had failed as a consumer device, and stopped work on his Glass app.

“At best, it’s seen as a geeky toy, and at worst, a privacy-invading tool of the Googleplex,” he wrote in a blog Friday. “Wearables are hot — as long as they’re not Glass.”

Among larger companies, photo-sharing and messaging service Path has a Glass app but it is focusing on developing apps for other wearables for now, said CEO Dave Morin. Thuuz, which makes sports TV apps, has stopped working on its Glass app in favor of other priorities.

Google has lost some Glass executives, managers and business-development staff, but the company has more than 300 people working on the project now, a number that has steadily grown since Glass was launched in 2012.

Google hired Ivy Ross, a fashion and marketing executive, to run Glass in May. The Google spokeswoman said the team is “working towards a consumer version of the device,” but declined to specify when it would be available.

For the latest news and analysis,

Get breaking news and personal-tech reviews delivered right to your inbox.
Next post: 7 Signs of a...
Previous post: Is American...

Tags: alistair barr  google glass loses focus of some developers
« Back to posts

the
to
for
stocks
a