SEPANG, Malaysia — The authorities in Malaysia acknowledged on Wednesday that they had detected radar signals that might have been from the missing jetliner, flying far off course and hundreds of miles away from its last reported position, but had failed to disclose the data for four days while they struggled to interpret it.

Officials said they had given the radar data to American investigators who would help them assess whether the radar blips were likely to have come from the missing Boeing 777.

“Today we are still not sure that it is the same aircraft,” Hishammuddin Hussein, the country’s defense minister and acting transportation minister, told reporters. “That is why we are searching in two areas.”

The radar signals apparently showed an aircraft flying at cruising altitude westward toward the Indian Ocean. If it was the missing jet, that would vastly increase the potential search area. The plane, Malaysia Airlines Flight 370, was originally bound for Beijing, a six-hour flight, and presumably could have flown for more than 2,500 miles without running short of fuel.

Malaysian officials said on Tuesday that they had evidence that the plane may have tried to “turn back” from its scheduled course northeastward across the Gulf of Thailand, but they did not detail the extent of the military radar records until Wednesday.

The head of the Malaysian air force, Gen. Rodzali Daud, said at a news conference that the military radar detected several blips that might have been from the missing aircraft, the last of them at 2:15 a.m. Saturday, about 90 minutes after Flight 370 took off from Kuala Lumpur. That last blip, or “plot,” indicated that the aircraft was about 200 miles northwest of the Malaysian island of Penang, General Rodzali said, and that it was flying at “flight level 295,” aeronautical jargon for an altitude of 29,500 feet. When the plane’s pilots were last in touch with ground controllers, about 1:30 a.m., it was cruising at 35,000 feet.

Continue reading the main story
“I’m not saying this is MH370,” General Rodzali said of the radar traces. “We are still working with experts. It’s a plot. An unidentified plot. 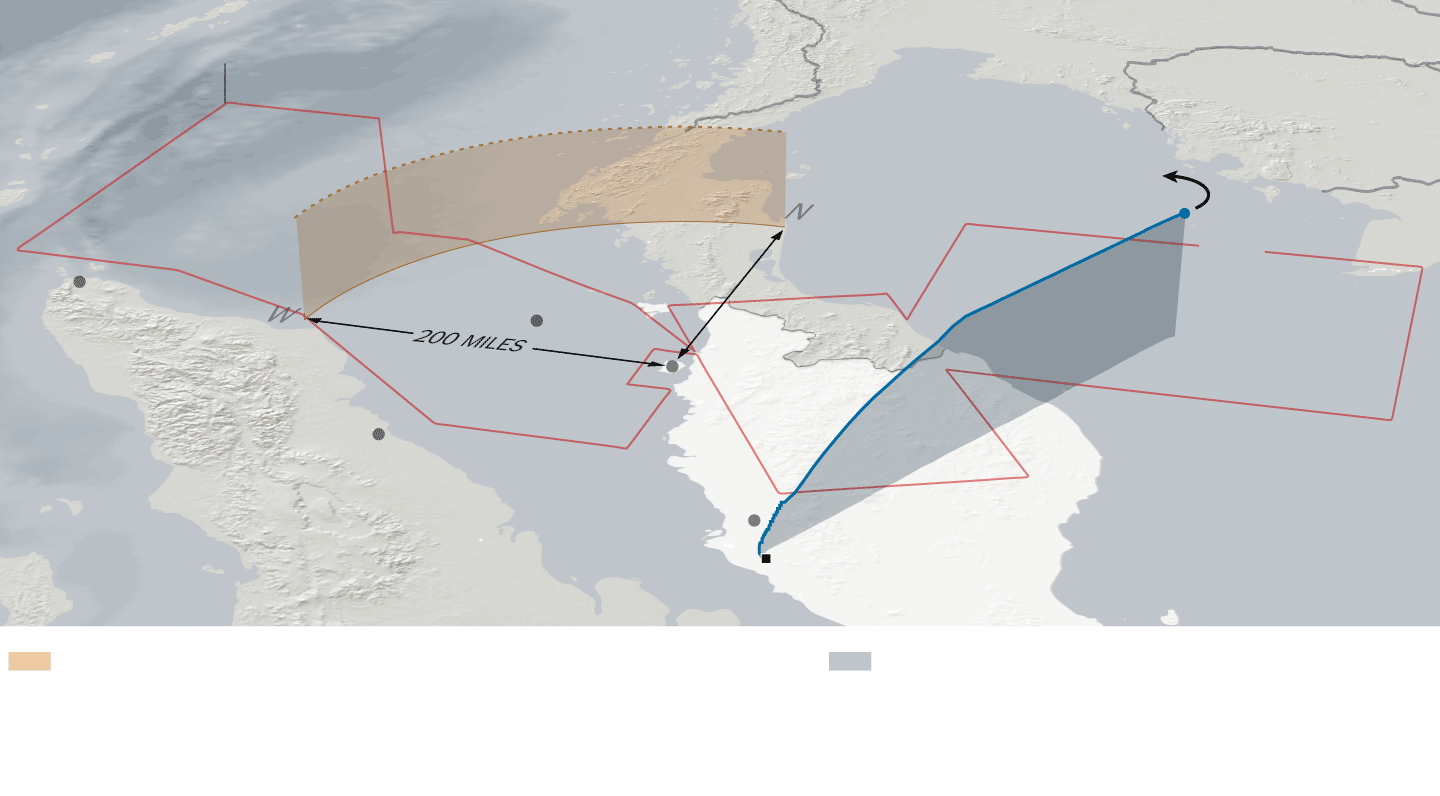 By SERGIO PEÇANHA and DEREK WATKINS

Tags: blips on radar baffle officials in malaysian jet inquiry
« Back to posts