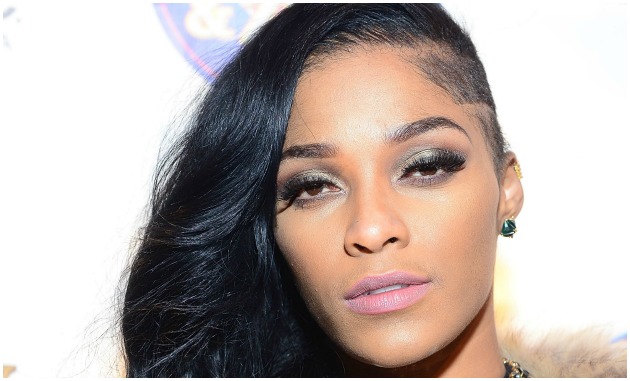 Let us start off by saying this, if there is someplace worse than under the bus…then that is where rapper Ferrari Ferrell just threw Love & Hip Hop Atlanta star Joseline Hernandez as it pertains to those crazy videos that we saw the other day of her rapping in the studio! He not only confirmed that she was on some serious drugs but he also claims to have been hooking up with her at that time! Even worse he says he was with her at her place when Stevie J came over and started banging on the door! Two words for this entire thing…Hot Mess!

Check out the Vlad TV interview with Ferrari Ferrell to hear all of the allegations of wild behavior that he says Joseline took part in. We warn you this video is very disturbing in some parts!

This is just beyond. To see someone in this condition with no one around that seems to care is very sad to us. It’s a great example of what the worst drug in the entire world can do to the human spirit. That drug is called F-A-M-E. It is probably the most addictive thing there is and it has the potential to ruin lives in a big way.

If this is what’s really going on with Joseline we hope that someone who loves her will see this. Hopefully, they will be even more disturbed by it than we are and help her.  Fame is fleeting…the need for good physical and mental health and well-being is forever.