Posted by LEE FERRAN on Wednesday, August 20, 2014 Under: #EssexCounty 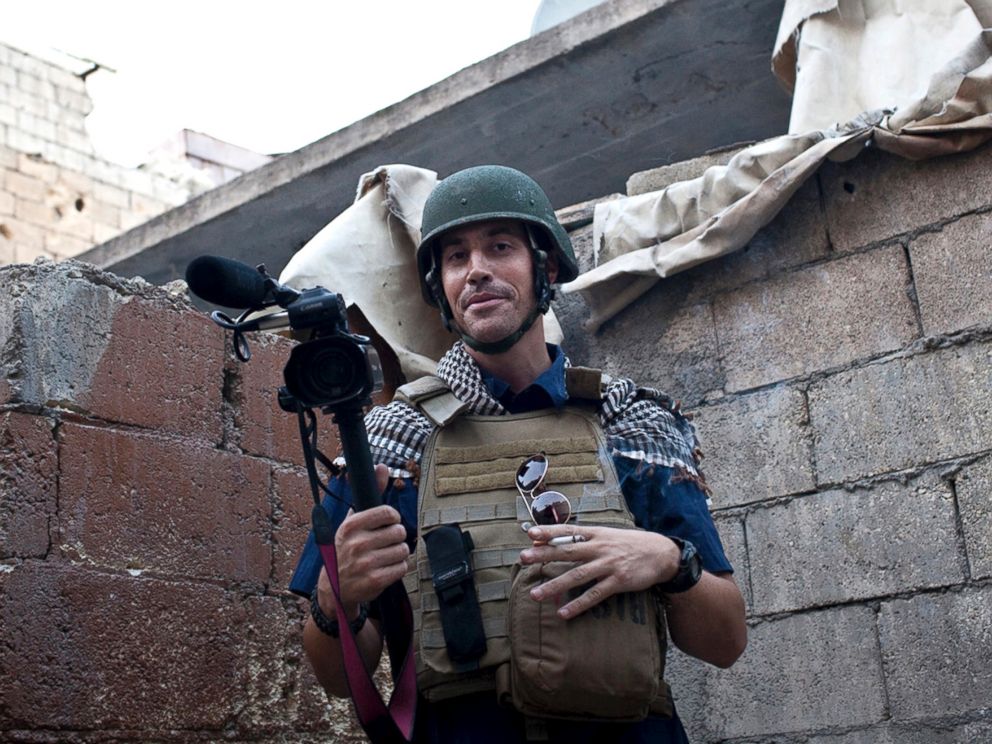 The White House said today the video showing the murder of American journalist James Foley at the hand of an militant “is authentic,” a determination that came hours after a top British official said it was “apparent” the masked executioner was from the United Kingdom.

“The U.S. intelligence community has analyzed the recently released video showing U.S. citizens James Foley and Steven Sotloff. We have reached the judgment that this video is authentic,” White House National Security Council spokesperson Caitlin Hayden said. Sotloff is shown but not harmed in the video.

U.S. and British intelligence officials continue to hurriedly analyze the video in hopes of identifying Foley’s killer, who a top British official said appeared to be from the United Kingdom.

“We’re very concerned by the apparent fact that the murderer in question is British and we are urgently investigating -- agencies on both sides of the Atlantic -- first of all looking to authenticate the video, to make sure that it is genuine, sadly it appears to be, and then to see if we can identify the individual in question,” British Foreign Secretary Philip Hammond told ITV News British.

The gruesome video, released online Tuesday, appeared to show an armed militant, who identified himself as with the Islamic State of Iraq and Syria, beheading Foley. Before his death, Foley delivered a halting, potentially coerced statement condemning U.S. military efforts against ISIS, and the figure clad in black spoke directly to President Obama with what seemed to be a British accent.

“Today your military air force has attacked us daily… Your strikes have caused casualties amongst Muslims,” the figure says in the video. 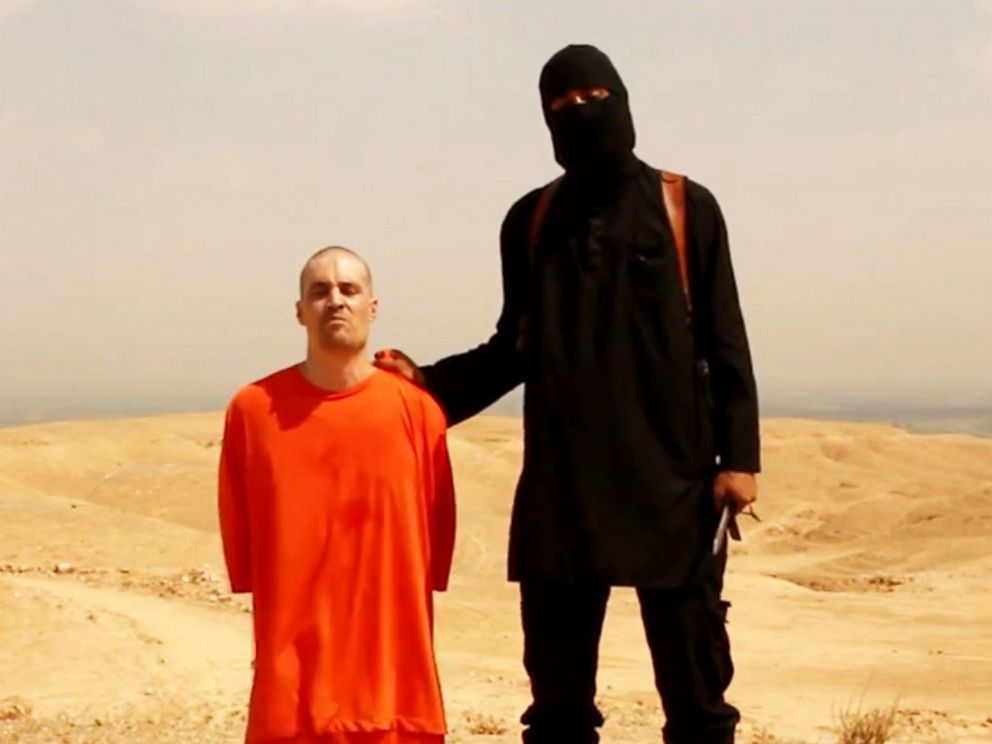 Obtained by ABC News
PHOTO: A screengrab from a video posted online appears to show American journalist James Foley shortly before he is killed by a masked captor.

After the figure in black kills Foley, he threatens another American hostage, Steven Sotloff, saying, “The life of this American citizen, Obama, depends on your next decision.”

Prior to the video’s release, the U.S. military launched dozens of airstrikes on ISIS targets in support of a Kurdish and Iraqi military offensive against the terror group at and around the Mosul Dam, eventually pushing the extremists off the key piece of infrastructure.

A spokesperson for the White House National Security Council said Tuesday that U.S. intelligence agencies were working “as quickly as possible” to determine the video’s authenticity, but said if real, “we are appalled by the brutal murder of an innocent American journalist.” 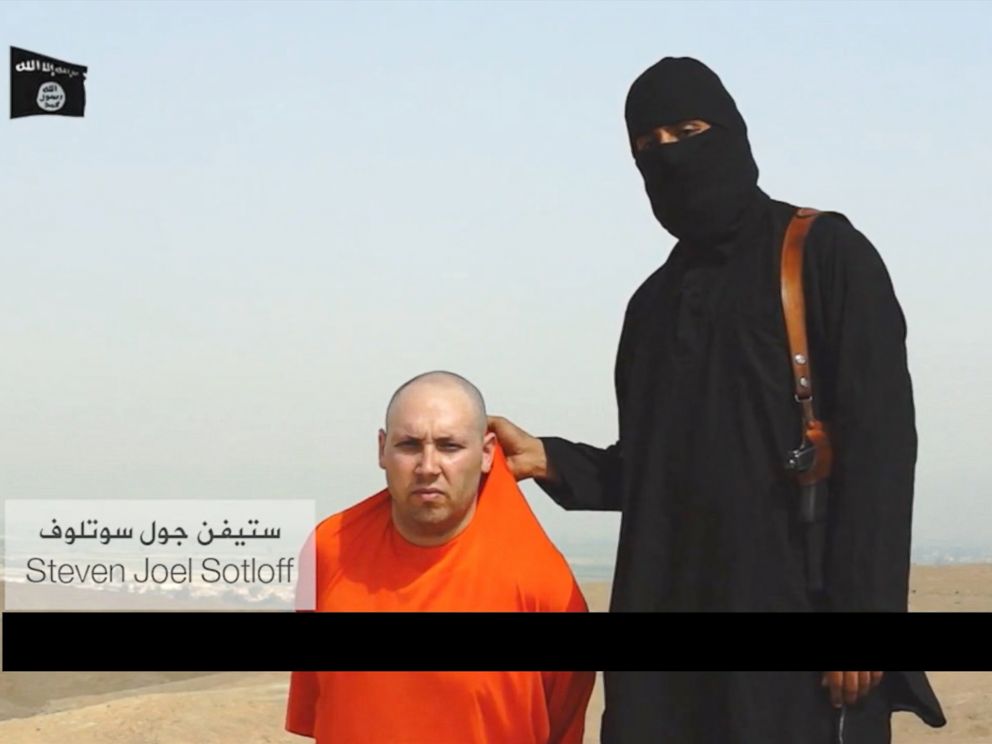 GlobalPost, the news organization for which Foley worked when he was abducted in November 2012, said today that the FBI told Foley’s family that preliminary analysis did not lead them to doubt the video was real.

In a statement posted on a Facebook page for Foley, his mother appeared to confirm that the man in the video was her son, saying the family has “never been prouder” of Foley, who “gave his life trying to expose the world to the suffering of the Syrian people.”

Top officials in the U.S. and the U.K. have long been aware of fighters from their nations joining ISIS. Officials have estimated that ISIS has managed to recruit more than 12,000 foreign fighters to their cause – including more than 400 Brits and at least 100 Americans.

“Yes, we’ve been saying for years that part of the problem here, part of the reason this matters to us, is because there are significant numbers of British jihadists inside these organizations, learning skills, being brutalized, if you like, by their experiences in Iraq and Syria, many of whom will come back to the U.K. if they’re able to at some point and who pose a threat to us here, some of whom may be sent back here by ISIL (ISIS) for the purpose of conducting attacks on the West,” Hammond said. “We know that it is ISIL’s intention to launch attacks on the west when it is able.”