Posted by Alex Young on Sunday, January 31, 2016 Under: #EssexCounty 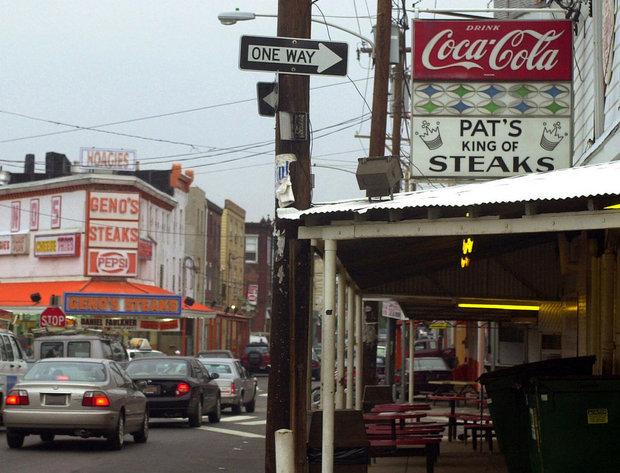 In this May 24, 2000 file photo Pat's King of Steaks, right, and Geno's Steaks, which are both known for their Philadelphia cheesesteaks, are shown in Philadelphia. (AP Photo | Dan Loh, File) (DAN LOH)

UPDATE: Here's what the owner had to say about inspections

PHILADELPHIA — The city's arguably most-famous cheesesteak spot was among a group of establishments cited following surprise inspections by the city health department this month, according to a report by Philly.com.

Health inspectors went to about 200 restaurants and grocery stores for unannounced check-ins all taking place between Jan. 14 and 21.

An inspector noted 11 infractions during an inspection at Pat's King of Steak on Jan. 14. The violations included a dirty knife, mouse droppings and a slimy build-up in an ice machine, according to the report.

Pat's owner Frank E. Olivieri told the site last week that the problems were corrected immediately after the inspection and were all minor.

Violations were also found at the 8th Street location of Di Bruno Bros. during an inspection the same day, according to the report. The company's presidents told Philly.com that issues, including food items that were held at unsafe temperatures, were quickly corrected.